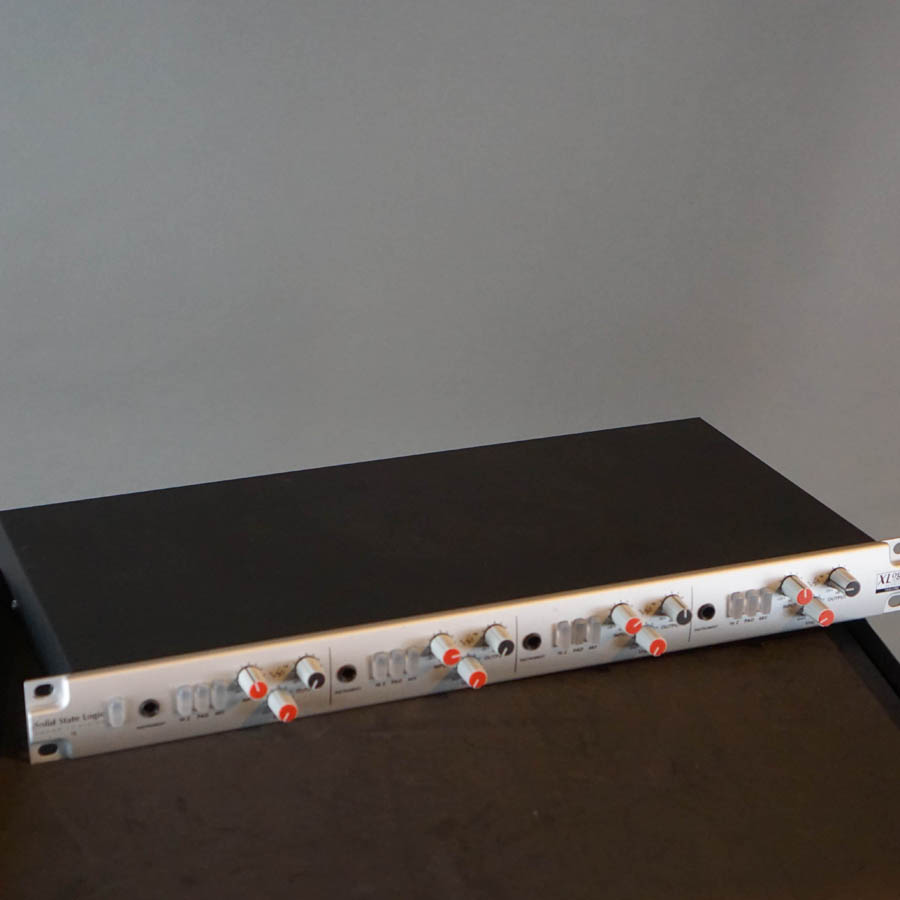 For delivery and shipping options email us at contact@kennellykeysmusic.com

Thank you for your business.

Alpha VHD-Pre
Four of our acclaimed VHD Pre's in one box.

Four-Channel Mic Pre with attitude.
Change your expectations of what a preamp should be.
The Alpha VHD-Pre offers four of SSL's widely acclaimed VHD Pre circuits in compact 1U format. First featured on our flagship Duality console and now the go to circuit for leading engineers worldwide, the VHD Pre is a patented SSL preamp design that can deliver ultra-clean SSL grade recordings but also features a patented 'Variable Harmonic Drive' circuit which can be switched into the signal path. The Variable Harmonic Drive circuit uses a 100% analogue signal path to generate rich harmonic distortion. As you increase the input gain, the Variable Harmonic Drive circuit introduces either 2nd or 3rd harmonic distortion or a blend of the two to your source material. At lower gain settings it adds gentle valve-style warmth or a touch of transistor edge. As the gain is increased the more extreme the distortion becomes until at high gain settings it delivers fierce trashy transistoresque grunge. VHD pre's give the user ultimate versatility from a studio grade preamp. Whether it's ultra-clean traditional SSL, subtle warming or totally trashy transistor distortion. VHD delivers a uniquely versatile pallette of rich analogue character that can be applied as a mic pre, instrument DI or line level processing device.

Each Pre is a simple analogue device with XLR in/out on the back, an instrument level 1/4" jack on the front panel. Each circuit has a Hi Z switch to accommodate mic, line and instrument level signals, a PAD switch to facilitate use as a line level processing device and 48v phantom power switch. There are three rotary controls: Input Level, VHD and Output Level.