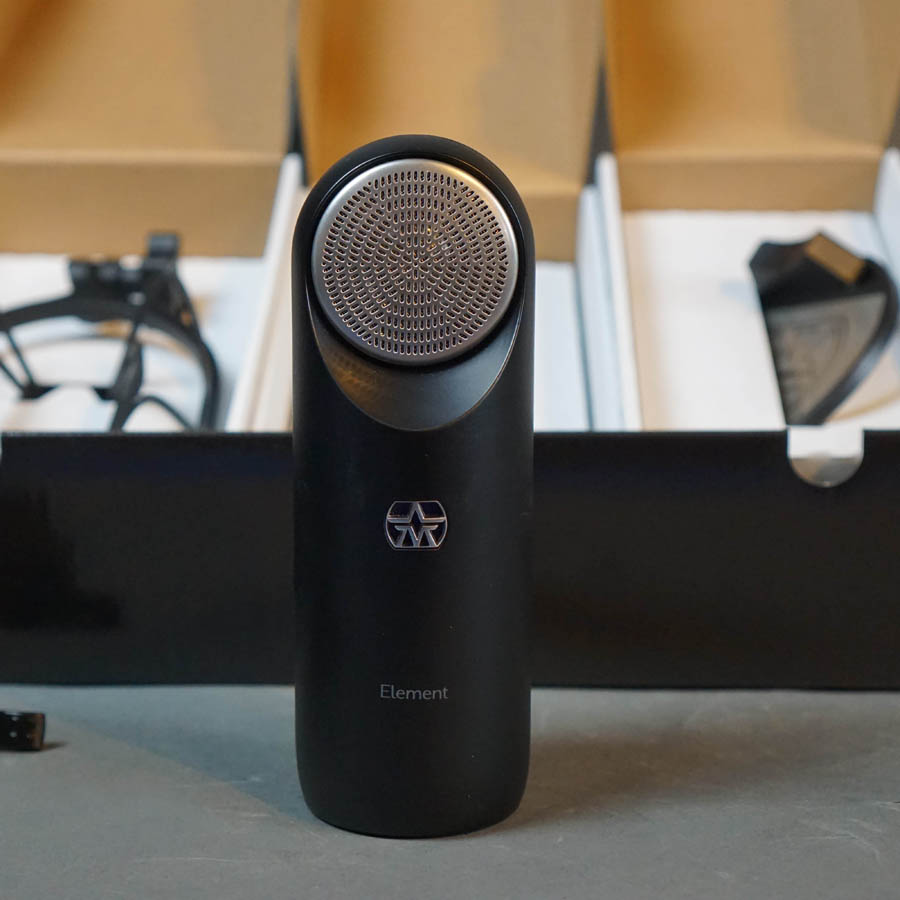 The Aston Element is a large diaphragm, active moving coil studio microphone designed to deliver unparalleled performance, particularly on vocals and acoustic instruments. Its unique Ridyon capsule takes the best features of dynamic, condenser and ribbon mic technology, without the drawbacks each tend to suffer from, and rolls them all into a sleek, lightweight-yet-tough, beauty.

In true Aston tradition, pretty much everything about Element is proprietary, from the all-new capsule to the signal-smoothing, waveform contoured chassis and that cool purple badge, which glows reassuringly to indicate the presence of 48v phantom power. The included pop shield and shock mount are bespoke, highly effective and ingenious, attaching to Element in the blink of an eye. And the whole bundle costs less than some brands charge for their shock mount alone!

Even the way Element was developed was a world-first, with the final voicing decided by public vote, with more than 4000 early adopters participating in a series of blind listening tests of Element prototypes against other brands' leading models.